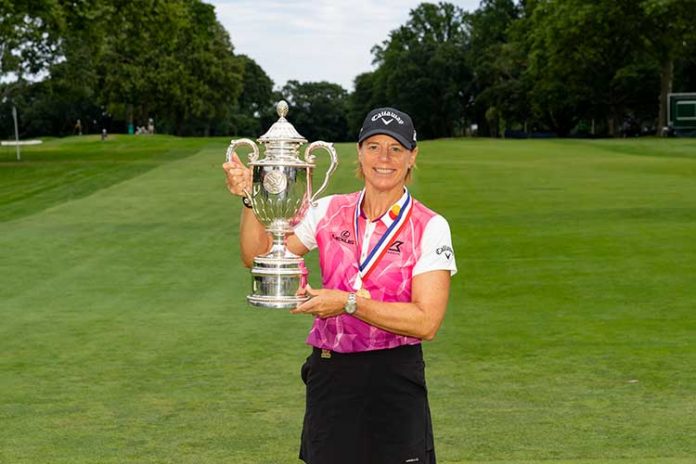 Sorenstam, who turned 50 last October, closed with a four-under-par 68 on Sunday to finish at 12-under 276 and post an eight-stroke victory over Liselotte Neumann.

“It’s really hard to describe,” said Sorenstam of winning her fourth USGA championship, after U.S. Women’s Open victories in 1995, 1996 and 2006. “When we came here, I just loved the place from the start. Everything felt so good, and then obviously you have to go out there and finish it up, and today I really felt like I played very, very well. To come in here on Sunday knowing what I had to do and I did it, obviously I’m very happy.” 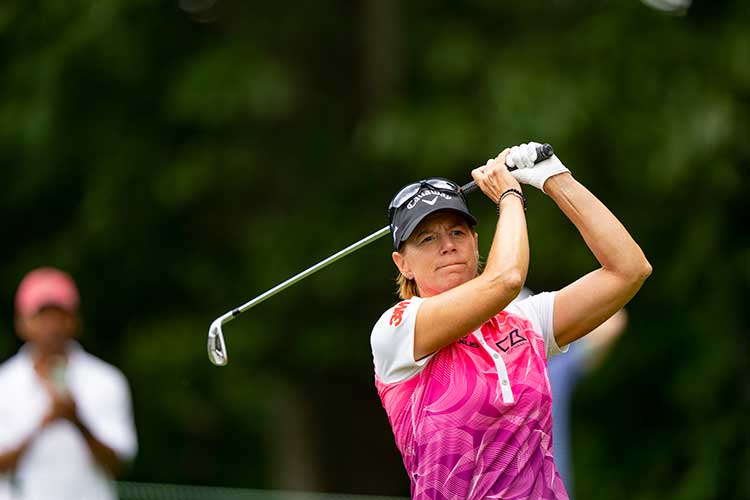 She continued, “When I turned 50, my children and I had a discussion. I said, `Do you want to see mama play?’ And they said, ‘Yeah, we want to see mama play.’ I said, to do that I have to put in some time. You can’t just go out there and compete with the women out here. They have seen me hitting the balls, they’ve seen me go out there and really put sweat and tears into it, so it’s really paid off. Without them this would not really happen. It’s certainly a team effort.”

Neumann eagled the opening hole of the day, a 435-yard par-five, which briefly tied Sorenstam at eight under par, but Sorenstam converted her own birdie putt on the same green to edge back in front by one stroke. The margin stayed at one for just one hole. Neumann bogeyed numbers three, five and eight, while Sorenstam made five consecutive pars and back-to-back birdies on the par-five seventh and eighth holes to extend her advantage to six strokes.

When Neumann bogeyed the par-three 10th and Sorenstam rolled home a 20-foot birdie putt, the margin was eight and the closing holes became something of a coronation. Sorenstam’s total of 276 tied Laura Davies’ record total from the inaugural championship at Chicago Golf Club, when Davies, of England defeated Juli Inkster by a 10-stroke margin. It completed a wire-to-wire victory, with Sorenstam sharing the lead after round one (at 67, with Dana Ebster) and then holding the sole advantage the rest of the way.

Neumann finished solo second, with Davies one stroke farther back after a closing 71. Yuko Saito, of Japan, and Catriona Matthew, of Scotland, tied for fifth place at 2-under 286. Seven-time USGA champion Ellen Port and Martha Leach, the 2009 U.S. Women’s Mid-Amateur champion, shared low-amateur honors at 6-over 294, in a tie for 20th place.

For the third straight time, an international player won the championship, after Laura Davies (England, 2018) and Helen Alfredsson (Sweden, 2019). Kris Tschetter was the low U.S. player for the week, finishing solo sixth at 1-over 289, just ahead of Alfredsson and Americans Christa Johnson and Kim Williams, who tied for seventh. 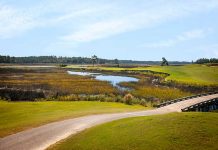 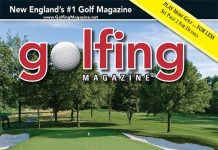 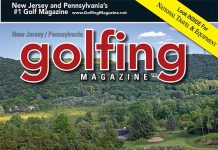 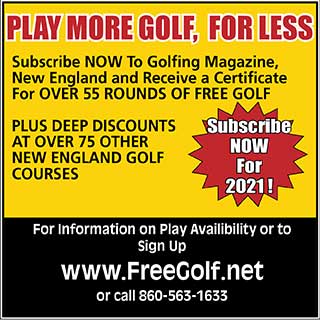